The Island of Tahiti, a surf destination for all from beginners to accomplished surfers

Along with the astonishing landscapes, tropical flowers and the warmth of the local population that has established The Islands of Tahiti as one of the most paradise-like resort destination, The Islands of Tahiti offer a wide array of activities that will satisfy any type of traveller:  from diving, snorkeling, surfing, hiking, canoeing, parasailing, or the not to be missed cultural activities such as tahitian dance, pareo painting, percussions, etc.

When it comes to surfing, The Islands of Tahiti  shine by the variety of waves it offers and it is a surfers’ dream destination for those in the know!

Polynesian lifestyle at the origin of surfing

The origins of surfing are still uncertain.

What we know is that Europeans first observed the practice of men standing on a wood board in Polynesia in the 18th century. At that time, this primitive form of surfing, although well established in the polynesian lifestyle, was not considered as a sport yet. We find the first written records in the logbooks of the botanist Joseph Banks who accompanied the first James Cook’s voyage on the HMS Endeavour. He described several men wave riding at Matavai Bay, in the vicinity of the island of Tahiti.

The Tahitian language has two expressions to refer to surfing: “iri fa’ahe’e” which means the board itself, and “horue ra’a” which means approximately to slide on the water with a board. It is believed this primitive form of surfing was first brought to Hawaii from Tahiti by the ancient Polynesians, before becoming the sport we know today. 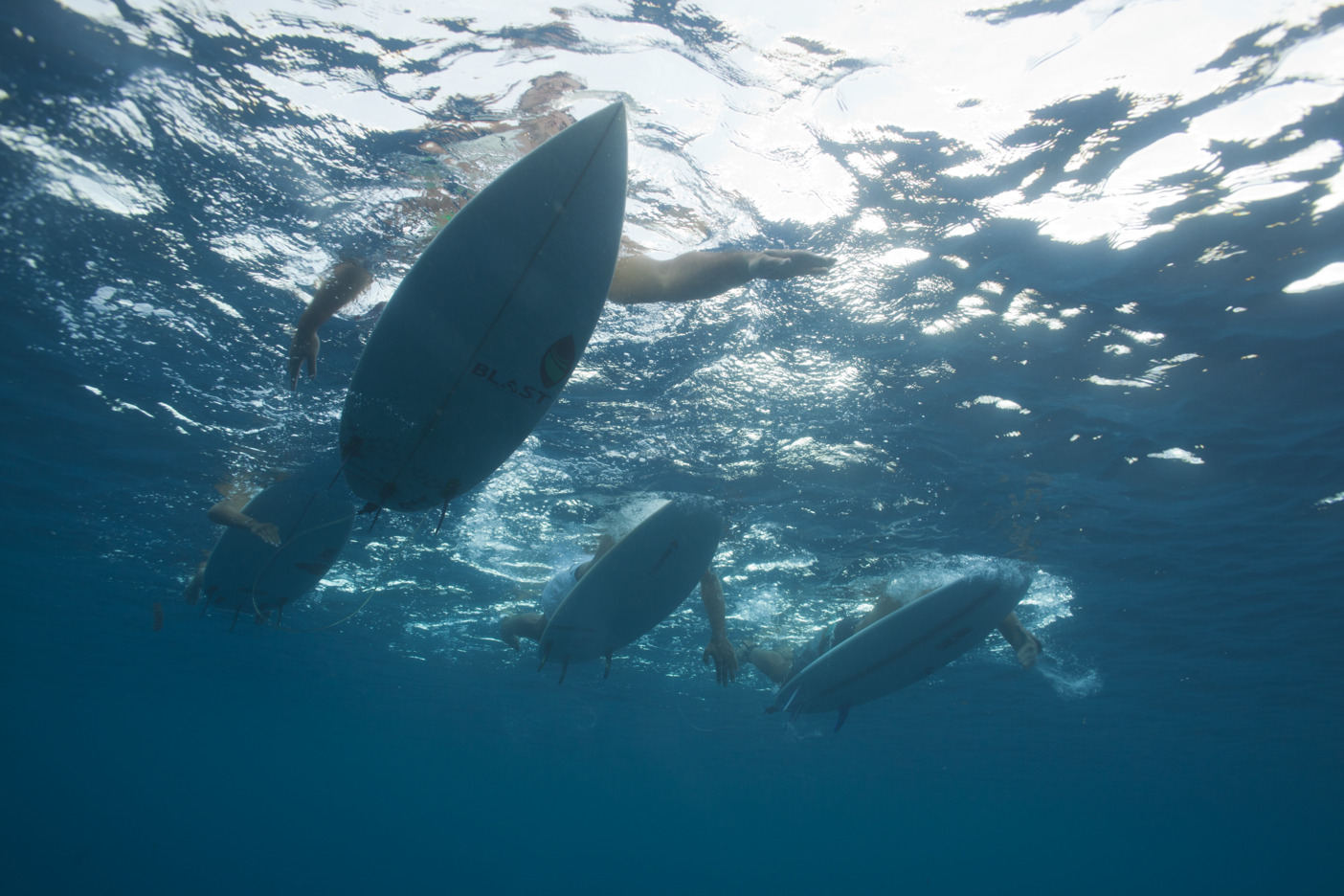 Teahupoo is now world-renowned for regularly producing some of the biggest and most powerful waves in the world. This is where you can feel the Mana, the lifeforce connecting all the living things in The Islands of Tahiti

Tahiti could be described as a surfer’s paradise, as it offers a vast number of quality surf spots for both beginners and advanced surfers. Most of these spots are not crowded and offer perfect waves that break without anyone around.

Recommended spots in the island of Tahiti:

Tahiti, home to one of the world’s heaviest big wave

Located on a reef at the southern tip of the island of Tahiti, Teahupoo, is known for the legendary waves that it offers to surfers, and until the 90s,  its unique and challenging waves were only visited by a handful of intrepid surfers.

Home every August to the Tahiti Pro Teahupoo hosted as the 7th stage of the World Surf League professional circuit, it is a favorite among renowned surfers such as Kelly Slater, Andy Irons or Gabriel Medina. Teahupoo indeed offers an amazing platform for the world’s best athletes to shine.

The best time to surf in Tahiti is from May to August, during the dry season. Tahiti then offers along the south and southwest coasts large hollow waves similar to those found in Hawaii. Another popular season for surfing is from October to March, when the swells come from the north and offer softer waves generally better for less experienced surfers.

From 4-stars resorts to Tahitian Guesthouses, there are many lodging options ideally located for surf enthusiasts. When you come to Tahiti, why not try surfing the clear-blue waters of Tahiti?