Surfing in The Islands of Tahiti

Most well-known for being home to the world’s heaviest wave, the famed reef break of Teahupoo, Tahiti offers many surf spots for visitors and locals alike to find the perfect waves.

Located in the South Pacific about an 8 hour direct flight from Los Angeles or San Francisco, Tahiti is the largest island in French Polynesia. It is actually made up of two parts, the larger part of the island, called Tahiti Nui and the smaller section called Tahiti Iti. The island is a paradise for water sports of all kinds, including stand up paddleboarding, canoeing, kayaking and body boarding, but the surfing here is a second to none, especially if you like your waves heavy! 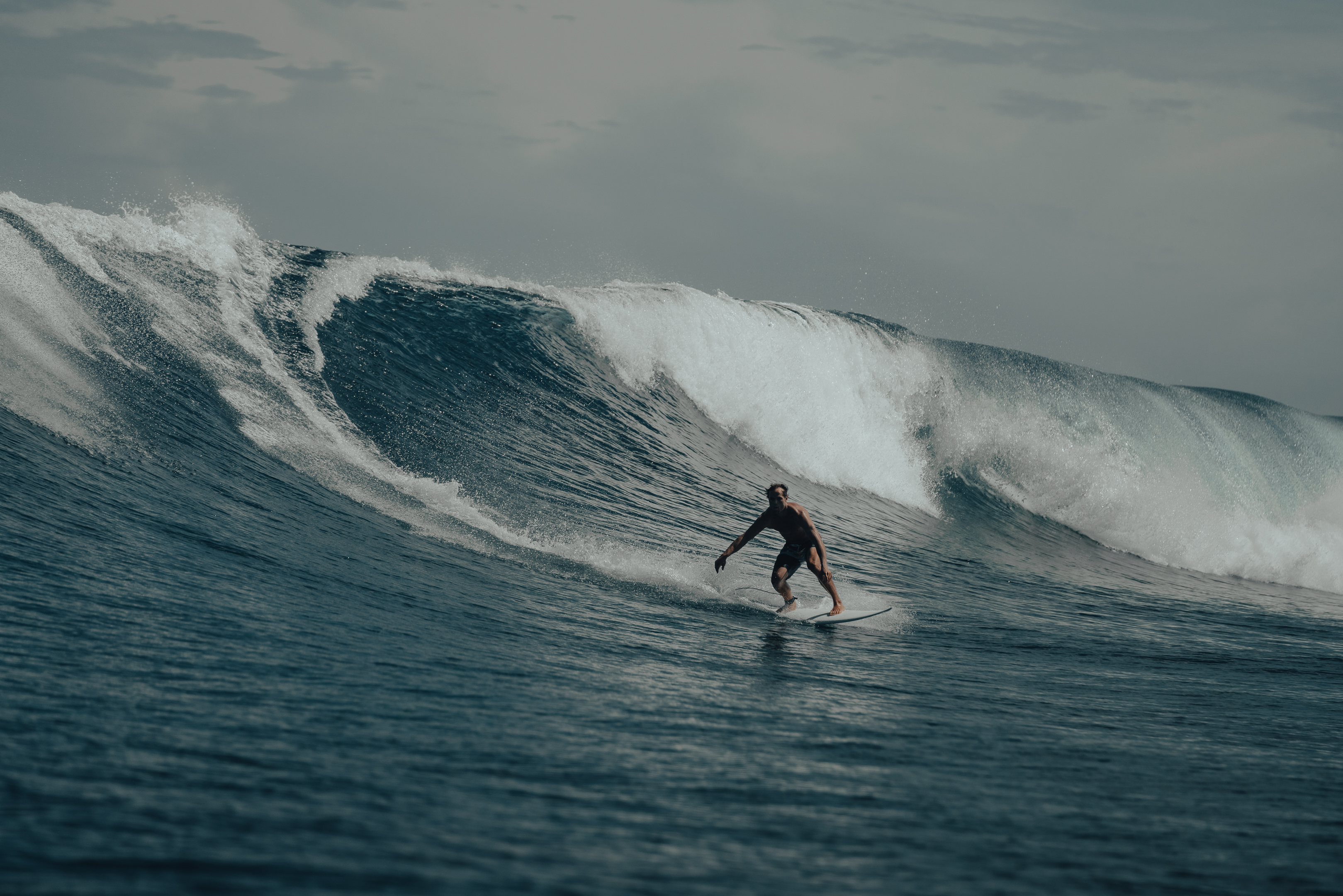 Surfing The Islands of Tahiti

The best time to surf in Tahiti is from May to August during the dry season. The surf breaks along the south and southwest coasts are reef breaks, with large hollow waves similar to those found in Hawaii. Another popular season for surf is October to March when swells from the north and are generally better for less experienced surfers as they are less heavy and more wall-like than the hollow waves that hit in the summer. Powerful waves can be surfed all year round and you’ll find plenty of barrels here. The water stays between 80 degrees year-round.

The Best Surf Spots on The Islands of Tahiti

While Teahupoo is definitely the best spot for the pros, you can find good surfing all over the island of Tahiti and the neighboring island of Moorea. For beach breaks, you can stay in the northern part of Tahiti and scope out the black sand beaches of Papenoo, Orofara being the most popular beach for surfing. Here the locals and visitors ride waves which are about 2-3 feet. For something a little more intense visit Papara where waves are rolling in at 4-6 feet. Another great spot is Passe de Mara’a in Paea, where the waves are fast, hollow, shallow and towering at 4-7 feet tall.

You can reach the nearby island of Moorea from Tahiti via a short ferry ride. There, you can find more great surfing options. At Haapiti beach, you can find more gentle waves reaching about head high. The water is crystal clear, and you can see the coral breaks. You may want to hire a boat to reach this spot or face a 40-minute paddle from the town.

On the other side of Moorea is Temae, a great spot for barrels that is  coveted by the locals. Near the InterContinental Moorea Resort & Spa on the island of Moorea is a little spot known as Hauru, a narrow cut in the reef on the northern coast. Currents are strong here and you can also search out sharks on the nearby motus.

Surf Spots on Tahiti and Moorea By Wave Height 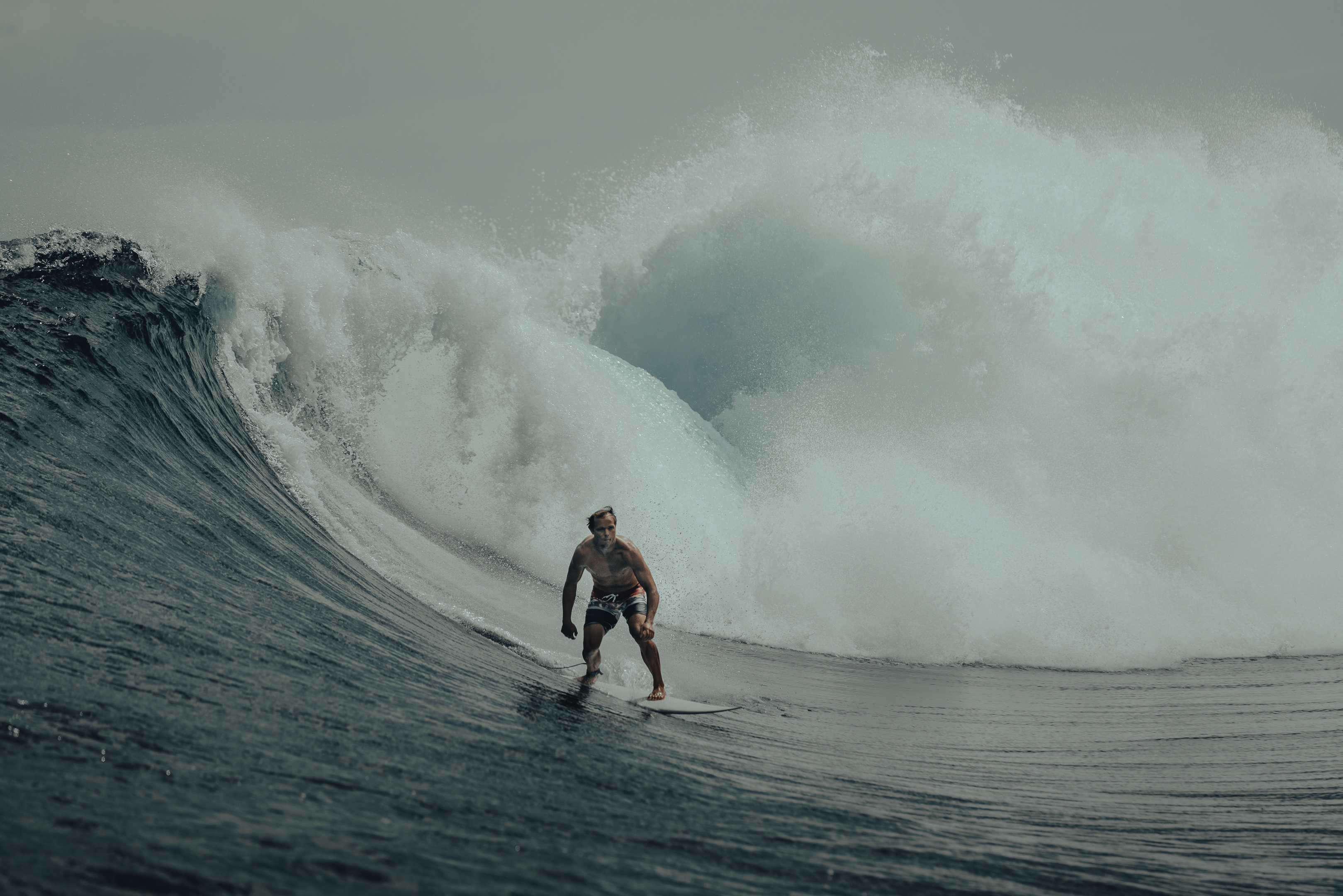 Every August, Tahiti Iti becomes the home to the  Tahiti Pro Teahupoo surf event hosted by the World Surf League, a favorite among renowned surfers such as Kelly Slater. Professional surfers come from all over the world to compete in the crushing swell and ominous coral reef of Teahupoo, located on the southeast coast of Tahiti. Known for some of the “heaviest” waves ever ridden, Teahupoo or “Chopes” as it is sometimes called, is an ultimate surf spot for many professional surfers. It is well known for consistent barrels and while the waves are heavy, it is also shallow so this spot is considered too dangerous for all but the most experienced surfers.

The Islands of Tahiti has a rich water sports culture that manifests in sports events across all the islands.

Plan your surf trip! There are many lodging options on the island of Tahiti that are near enough to the surf including 4-star resorts and Tahitian Guesthouses such as the well-known Vanira Lodge in Teahupoo.

Looking to learn how to surf? Tahiti have several good surf schools that you can visit. Mo’o Surf School offers personalized surf classes with an experienced and qualified surf instructor that start at about 1-2 hours in duration. Check out Aloha Surf School near the capital city of Papeete or the Taie Fa’ahe’e Surf School near Punaauia. Many schools will offer equipment or you can rent them from a surf shop or you can buy a custom made Tahitian surfboard from Teva Surfboards Tahiti.